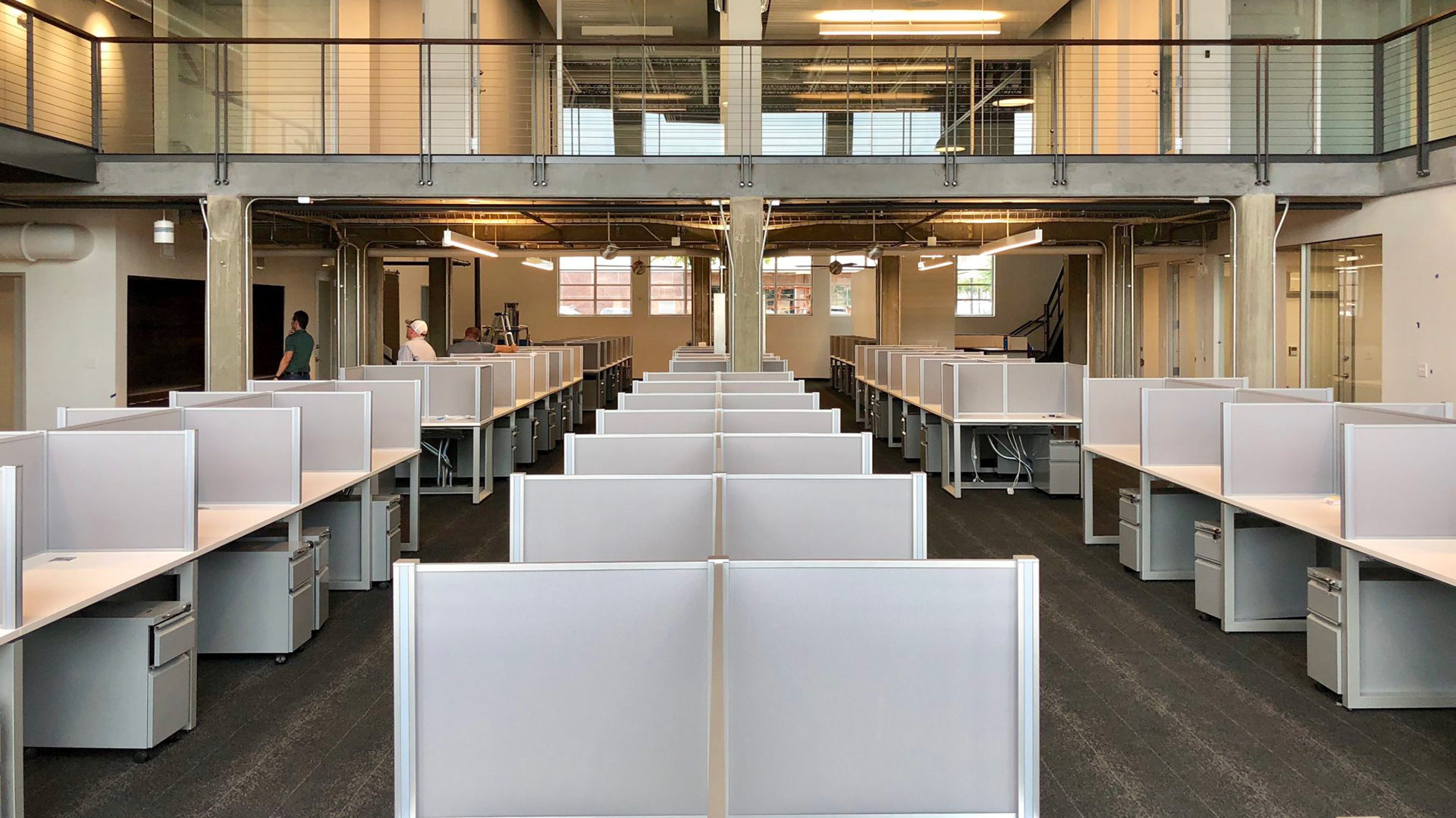 Tayco Dealer, The Wells Group Inc. was tasked with designing a new modern office space with an industrial twist. The space features 123 stations, which were installed in two phases (first and second floor) for Legal Monkeys, a Law Firm located in Texas. Tayco’s sleek and modern design of the Scene line was selected for this project. Scene is a unique line that can be configured into benching as well as private offices.

The first phase, which was for the first floor, consists of 112 straight 2’ x 4’ stations in several different benching lengths and widths. Legal Monkeys went with our tackable fabric screens which provide better acoustics for this open office configuration, and can also double as a pinboard for documentation or personalization to the user’s station. This office design allows for collaboration with co-workers while still providing privacy for individual work.

The second phase, for the second floor, consists of 11 stations. The first five stations were designed with L-shaped desks, which matched the look and function as the previous 112 stations in phase one. The additional six stations consist of straight 1’-6” x 8’-0” desks in a singular desk classroom layout for training purposes.

All stations (other than phase two training room stations) are hardwired and powered from station to station. These benching stations have wire troughs for clean cable management, as well as trough mounted power boxes for individual power per station.

The aesthetic of the space has a bright and clean look, with white laminate surfaces, silver metal trim and accents, and grey grade 1 fabric for the tackboards. The use of monochromatic finishes allowed for the use of hints of bright orange and blue elsewhere in the space. Overall, this new office space is designed for maximum use of the interior with a sought-after, on-trend, modern-meets-industrial aesthetic.

Tayco would like to thank The Wells Group Inc. and Legal Monkeys for providing us with the opportunity to collaborate on such a unique project with a stunning end result using Scene, both in benching and singular configurations.